Snowdonia, the Brecon Beacons, everything in between – it is all hills! Big hills, long hills, steep hills, country hill, urban hills and then you get to the mountains.
For the past week I’ve been riding with Will and Ollie from Gloucester in England, down to the bridge over the Severn and up through every single hill to Bangor (next to Menai) (but not in the shire). To say it has been hilly would be an understatement, to say it has been amazing would be a downright crime against how beautiful this place is. Wales has been the first place in the UK where it has felt remote or like you aren’t just riding between villages. The mountain passes have been high and covered with flowering heather while in the cold valleys on the northern sides of the mountains the trees are showing their autumn leaves.

It has been such a great week I can only relate a few highlights and challenges, so here is an attempt at daily highlights.

Friday – riding along a rough canal path, getting my second puncture of the trip while with two mechanics and then discovering the puncture occured 500m from a pub with a beer deck where there was sunshine!

Saturday – getting to the top of a very large hill and finding ourselves dragged into a local’s birthday party, being fed and watered. Oh and my only 100km day of the trip.

Monday – dropping in on a local agricultural show to see golden sheep, eat local beef and lamb burgers, watch a demonstration of wood chopping and then watch dogs herd ducks.

Tuesday – finding a spare £4 pedal in a junk shop after mine seized, climbing the steepest pass I’ve seen and then riding at sunset down the rail trail beside the tidal estuary to Aberdovey Bar (location not venue) 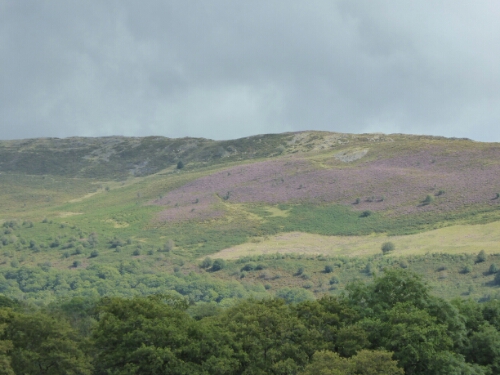 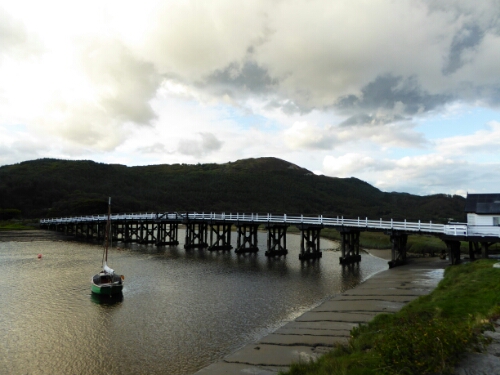 Wednesday – another long day topped off with 20 odd kilometers of rail trail after some massive and brutal climbs that had me wondering if we could make it.