Sometimes you whimp out of adventures, sometimes you take risks you shouldn’t, but sometimes you make the right call and get that combination of factors that makes for an amazing day out. Yesterday was one such day as five friends and I headed down into the Wollangambe for the second of the two main lilo sections (Wollangambe 2), having down Wollangambe 1 late last year.

Friday had seen heavy rain through parts of the Blue Mountains and although not dramatic the river level was probably about 4cm higher than normal. 4cm doesn’t sound like much, but it was enough to speed up the flow of the river and submerge just a few extra rocks so that many of the rapids could be (somewhat) comfortably run without getting off our lilos. So after a rather late start we reached the Wollangambe, suited up and started making out way down the canyon with plenty of excitement.

Three of our party had never cannoned before and had bought some less than durable lilos for the trip so as we floated, scrambled, jumped and swam our way down the canyon, not only was the the usual excitement of falling off, trying to stay warm and wondering if that ominous rumbling from the sky was coming your way, but we kept tabs as lilos became 5 and then 4. Kudos to the guys for sharing lilos and then swimming the last section of with their rather disposable lilos!

Anyway we reached the canyon just as the rain and thunder became more than just a slight concern and made our way up, and up, and up towards the cars!

Thanks everyone for joining me! 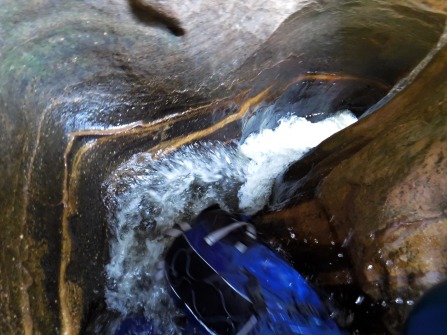 In this section I decide not to follow my pack through the rapid, it was a little tight and I probably would;t have been able to stay on the lilo! 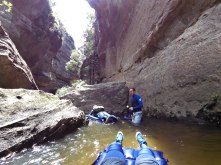 Getting started. Wetsuited up and getting used to staying on the lilos. Sam needed a bit of practice. 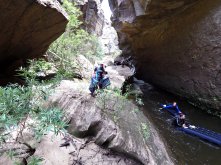 Navigating rapids and scrambling over the rocks 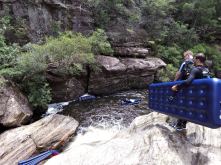 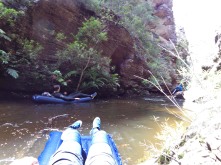 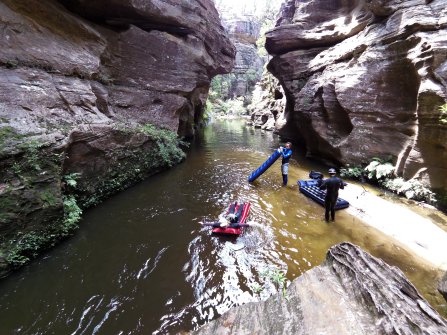 Canyoning can be so much hard work, especially waiting around while people try to repair their lilos. 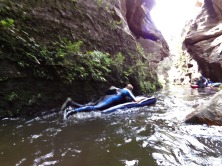 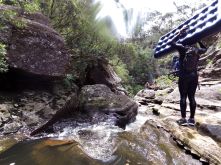 Thinking time, Picking a route through the rocks isn’t always that straight forward. Sometimes you also just have to admire the surrounds. 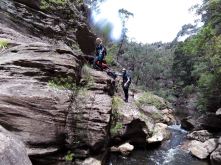