Some helpful advice to all those people out there who make and maintain roads.

A road should have deeper sand beside it than on it.

This morning was windy. Not just a little windy, but buffet my Macpac 4 season tent, pedal in your lowest gear downhill windy. The wind had started to build last night, but by the morning the “fresh” south easterly was probably blowing at above 60km/h on average and consequently made it a proper head wind, and even worse a cross wind. (Note: I later found out the wind had been reaching 119km/h that day)

The only good thing about thgis wind was that after about 10km of struggle-town it became a tail wind as I turned east towards Penneshaw. I know what you are thinking now. The wind gods don’t give cyclists tailwinds, but as it turned out there was another cycle tourists arriving on the island that day who was less prepared for wind and rain then I. Sometimes it is nice to be deemed less worthy…

Progress was smooth and with a tailwind and sealed roads I looked set to have a crusiy and easy day until I saw a sign with a picture of a bicycle on it. How could I resist a bicycle sign?

So along dirt roads and over hills I went to American River. The ride was actually rather pleasant and aside from one patch of road was good so I would recommend Red Bank Rd as a cycle route to any future travellers. 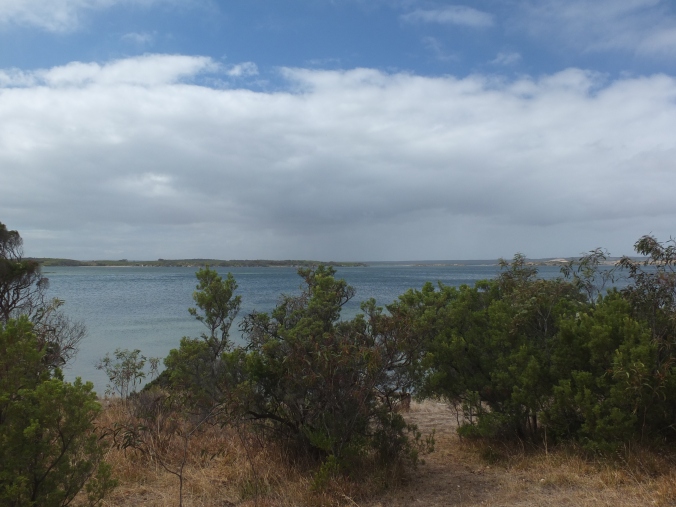 After a pleasant lunch I started riding out to rejoin the main road towards Penneshaw when low-and-behold a second bicycle sign presented itself. Bouyed by my previous success I followed the sign blindly through Muston and towards the main road via an unknown route.

Needless to say this road wasn’t as good. For most of the time I was riding on the right hand side of the road, or even right down in the ditch beside the road. At one point while trying to pretend my LHT was a Puglset I ended up with my front wheel 4 inches into a sand pile I was never going to pedal through.

Once I reached the highway it returned to smooth sailing for the rest of the day. the sensation of accelerating every time you take your fingers off the brakes didn’t stopped amazing me all afternoon, though it was concerning when I wanted to stop!

Browns Beach campsite is an amazing campsite with hot showers and a great shelter so cyclists, stop there! 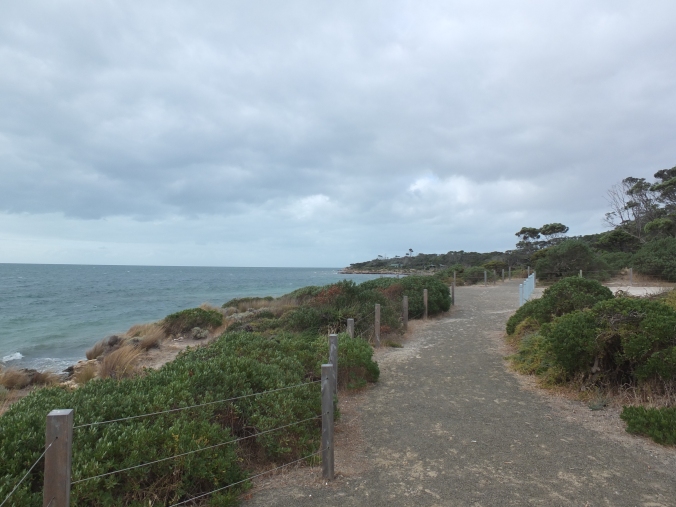 Browns Beach campground has all the mod-cons including hot showers!