This is a continuation of our report on cycle touring around Tasmania in December 2011. For an over view of the whole trip see our Trip Overview, and it might be best to read Days 1- 3 first, but that is up to you…

Having struggled through day 3 we’d spent the night in a nice holiday house with Clare’s sisters and awoke fresh and ready for the day ahead. Freycinet is probably on the most beautiful bits of coast in Tasmania and is certainly up there with all the parts of Australia’s coast that I’ve seen so far.

We walked out to Wineglass Bay which is pretty amazing, the white quartz sand, orange lichen covered rocks and crashing waves made for an impressive display of natures beauty and power. After a quick snack we got walking again heading over land to the other side of the peninsula. Halfway along the track we came across a side track that lead to a large shallow lake surrounded by trees and reeds. The rest of the walk was beautiful and punctuated by rain squalls.

That night we went out the a fancy restaurant in Coles Bay called Madge Molloy’s, If you are ever in the area go there because it was fantastic!

This was our first really long day, but luckily we had the wind behind us as we headed north along the coast. The road was relatively flat along the coast and we made good time, except for some larger than desired hills when there we nowhere for the road to go but over the headland. At around lunch time we made it the Chain of Lagoons which was a beautiful series of beaches and lagoons along the coast, with lots of shorebirds running around. The chill breezed kept us from dwelling for too long so we reluctantly got back on our bikes and headed for Scamander.

We spent the night at Scamander Caravan park which is at the northern end of town. The facilities were a little old (the camp kitchen was not enclosed for example), but a walk along the beach and around the river mouth cheered us up. For anyone planning on stopping in Scamander get there early because there seems to be one IGA in town which was closing up at about 6pm when we were there. 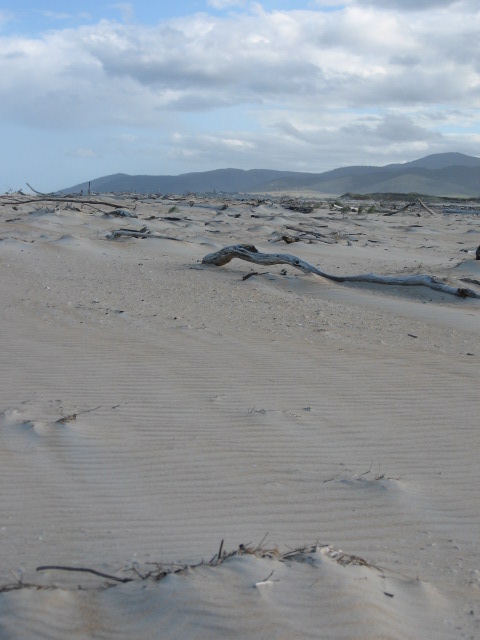 This was always going to be a short day, but gee it took a long time!

After a typical (i.e. late) start we started out last day of riding along the east coast! Our goal for the afternoon was the make it to the Bay of Fires where we would spent the afternoon chilling in the sun and look at another area of amazing beauty.  Along the first part of the morning ride we went part Paddy’s Island (yes that is right I have an Island named after me) and along a nice, if somewhat haphazardly constructed bike path into St Helens. St Helens is a nice town with a good visitors information centre and plenty of postcards, the purchase of which meant we just had to go to the cafe next door and write on them!

Leaving St Helens we headed east along the northern side of Georges Bay to Binnalong Bay, which is stunning. The water in the bays is clear and crystal blue and the masses of orange rocks and white sand make it unlike anything we’d ever seen. After a nap we headed back towards the Bay of Fires proper to the campsite we’d selected for the night which was a pleasant and not to crowded place called Cosy Corner. All I can say really is that it is an amazing campsite that everyone should go to! 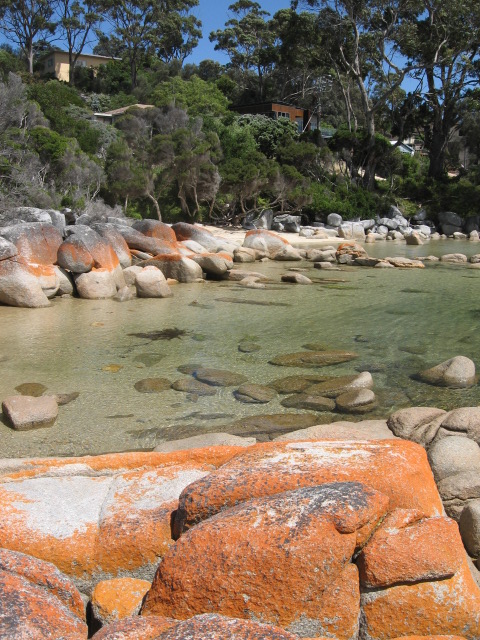 One of the many beautiful bays of Binnalong. I think this was the one where we got up the courage to dip our toes in the freezing water.

Working on my watercolouring! #stayhome #Jagungal #adventure #watercolour
Photos of granite boulders and wildflowers from up on top of the Rolling Grounds. I don't think it would have been possible to pick a more spectacular day if I had planned the trip. Instead I went almost spontaneously and just got really really lucky. All of these photos are unedited snaps from moments when I just happened to look in the right direction! #kosciuszkonationalpark #kosciuszko #bushwalking #hiking #adventure #offtrack #rollinggrounds #thatsaniceboulder #notfilter #wildflowers
Made it out to Valentine's hut for the night over the weekend. This spectacular hut in the #Jagungal wilderness is brilliant, and I can't believe how well @mont matched the colour of their tent to the hut. Was it intentional? Also had a spectacular sunset, and despite being out on a solo walk a fun crew of people to hang out at the hut with! #hiking #bushwalking #wilderness #australia @kosciuszkohuts #adventure #selfisolation #outandabout